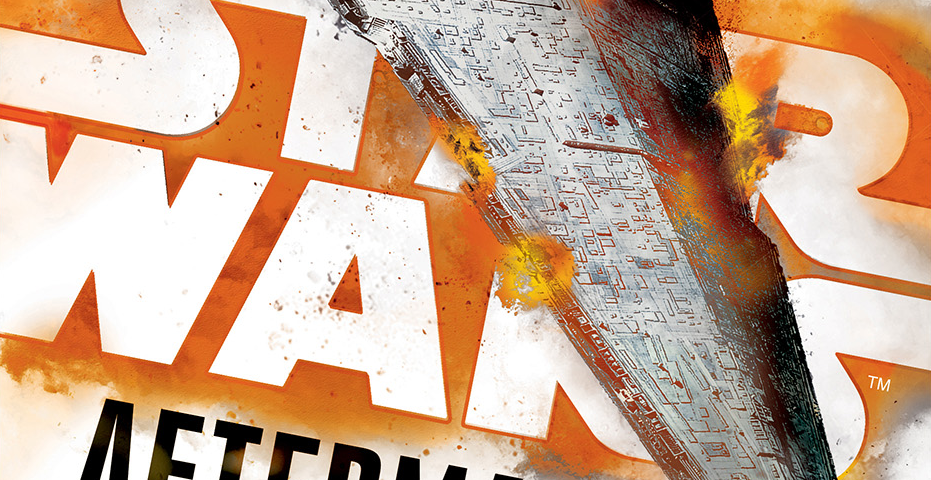 Chuck Wendig’s final entry in the Aftermath trilogy, Aftermath: Empire’s End has been released, and completes the adventures of Norra Wexley and her mismatched group of miscreants. The reader journeys with Norra Wexley and bounty hunter Jas Emari in their pursuit of Grand Admiral Rae Sloane, but that is only one focal point of the narrative. We also follow Temin (“Snap”) Wexley, his wonderfully terrifying droid, Mr. Bones, and recovering Imperial Loyalty Officer, Sinjir Rath Velus as they desperately try to convince the New Republic that they must journey to Jakku (no spoilers here; once you read the book, you will understand why) for a number of reasons that are critical, both personally, as well as on a galactic scale. While it does not reach the staggering heights of Life Debt, Empire’s End is a worthy bookend to the Aftermath trilogy.

Empire’s End takes place soon after the events of Life Debt, and ostensibly, is about revenge and what that does to a person, regardless of where the character places his or her allegiance during the Galactic Civil War. Norra Wexley is resolute to end Rae Sloane, due to Wexley’s experiences at the end of Life Debt. She holds Sloane responsible for what happened on Chandrila, largely due to the corruption exacted on her husband, Brentin Wexley (Order 66 style, interestingly enough), as well as the devastating attack the burgeoning New Republic suffered. Both characters experience intense suffering, both mentally and physically, and the (not always subtle) juxtaposition of the two is the heart of the narrative.

Sloane’s hero’s journey (thank you, Joseph Campbell) is more unorthodox in its premise. Her quest lies in her pursuit of Gallius Rex, the cruel, manipulative megalomaniac, who was handpicked by Palpatine to enact a failsafe, should the Empire fall. Sloane very much believes in “my [Sloane’s] Empire.” Unfortunately for her (and for anyone who encounters the Empire), Gallius Rex has turned this perception of the Empire on its end. The Empire is extremely violent, ferocious, and evil, at times engaging in torture, purely for the sake of Schadenfreude. This book is not the Star Wars of our youth. It’s much more caustic

Sloane’s understanding of the Empire is more along the lines of what we’ve seen in other incarnations (Lost Stars, Jason Frey’s Zare Leonis series, Star Wars Rebels, etc). Her original belief was that the Empire restores order to the galaxy. As the veil slowly gets lifted, however, so to do her perceptions, along with her newfound purpose. She has changed, as has our understanding of the galaxy.

Some of this is due to the brilliant collaboration between author and story group. For instance, the fallen Star Destroyer that Rey flies through on Jakku in The Force Awakens, the Ravager, plays a dynamic role in the dizzying and epic finale (including an emotionally complex space battle with impactful themes of sacrifice and friendship).

The interludes provide meaningful connections, too. Stories from the previous Aftermath books are resumed, as are some surprising characters from Star Wars‘ history. There is a one, in particular, that I hope Chuck Wendig gets the opportunity to write. He knows how to write some of the finest scoundrels in the galaxy.

The interludes notwithstanding, much of the book takes place on Jakku. Jakku is a desolate, oppressive planet, with hardly anything to recommend it. It’s as close to hell as the Star Wars galaxy has presented; it’s even more impressive that Rey is able to thrive here. This is especially true when you meet the denizens of Jakku. Thanks to Nimma the Hutt and her reign on Jakku, it is definitely a place one would not want to visit. Or go to. Ever. Thanks to Niima, creepy has taken on a whole new meaning.

While I won’t comment on every character’s arc here, I will say that some resolutions are more satisfying than others. That is no fault of Chuck Wendig, however. More the opposite; I actually care about these characters. A lot. In fact, there is a moment at the end of the book that had me close my eyes in sorrow for what transpired. That has never happened to me while reading a novel.

Empire’s End (along with Rogue One) has ushered in a new age of fantasy realism to the Star Wars mythology that is shocking, cringe-inducing, and wonderous. It cannot be easy to create a trilogy that takes place right after Return of the Jedi (and, indiscriminately placed in the shadow of the Thrawn trilogy), but Chuck Wendig has done so, with grit, violence, and chaos, while still keeping the Star Wars-ness of the mythology intact. We learn a great many things about the galaxy (past, present, and future), but we are also left wanting more. Chuck Wendig has created a number of characters and moments that truly add quality and style (with a heavy dose of gruesome) to Star Wars. Let us hope he will be at the helm of another Star Wars novel very soon.

And for the record, can we get more of Sinjir Velus? He is amazing!