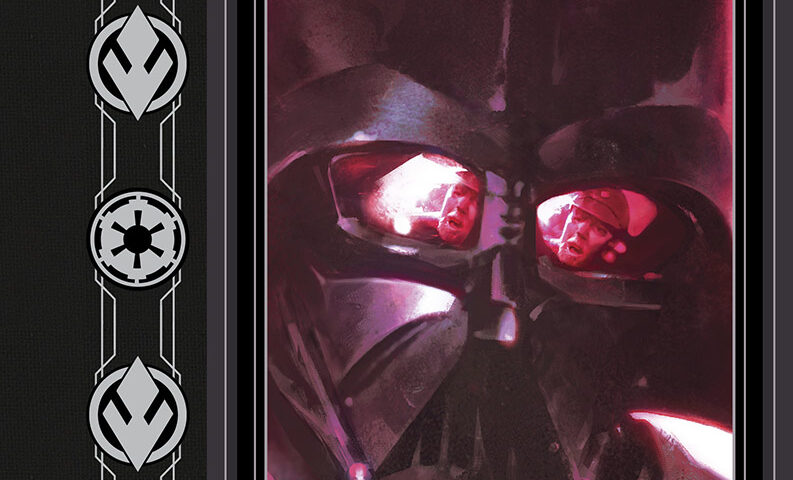 Geroge Mann (Star Wars: Myths and Fables) returns to the world of Star Wars with Dark Legends, a collection of seven short stories that (as the back of the book states), “Explore[s] the dark side of the galaxy …”. Similar to Mann’s previous work in that galaxy far, far away, Dark Legends provides in-world stories that very well may have been told in the Star Wars universe to its characters. But in Dark Legends, It’s a collection of spooky stories in Star Wars that characters in this mythology could be aware of; if Palpatine were to read a bedtime story for Darth Vader, one of these would be it.

It’s an intriguing concept and a really fun book. But, it certainly is macabre. Without giving away any plot points, each of the seven tales centers on characters who are the victims of frightening creatures, monsters, or Sith baddies. Mann utilizes several gothic literature horror tropes to satisfying effect, reminiscent of Edgar Allan Poe, Bram Stoker (especially the first story, “The Orphanage”), and a few other classic writers of the genre. Some of the protagonists are legacy Star Wars characters, some are tragic, and some exhibit a tragic human flaw exploited by the dark side of the Force. Psychologically, it’s a sensational examination of what scares us, and each story tries a different technique to do so.

I don’t want to give anything away here. And while some of the stories are a tad predictable, it is still great fun. Even if you think you know where the story is going to go, Mann throws in a classic twist to up the creepy factor. And, each tale is authentically Star Wars. It is not easy to take a beloved franchise and tell new stories through a different narrative lens, but George Mann has a gift for making this mythology feel like it belongs in the horror genre. While it is true that there have been a few scary Star Wars stories, Dark Legends takes it a step further by channeling some of the classic horror storytelling tropes mentioned above. The gorgeous art by Grant Griffin completes the mood, ensuring you will want to read these with the lights on.

Amazon.com lists it as appropriate for ages 8-12, but it might be a bit much for some children in the single digits. It’s probably a good idea for parents to check out first, but you’ll have so much fun reading it that you won’t mind in the least.

Note: A big thanks to Disney Lucasfilm Press for providing an advance copy for review.