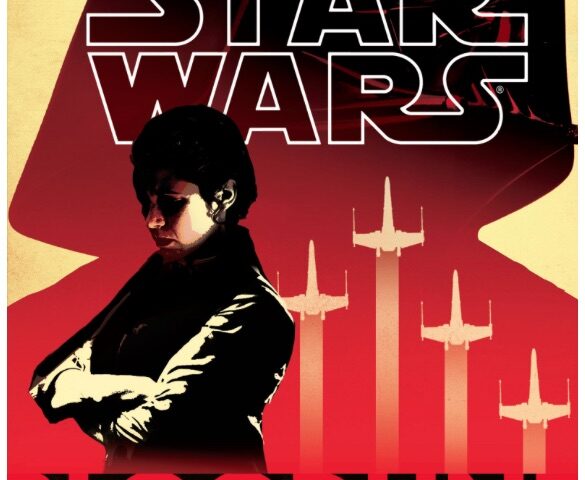 Claudia Gray brings her gifted pen back to the Star Wars universe with the much-anticipated book, Bloodline. The Princess Leia centered novel focuses on her role as a significant and powerful senator in the New Republic, and takes place years before The Force Awakens. Bloodline manages to do something exquisite and rare: it exceeds the anticipatory nature of the genre and truly enhances the Star Wars canon. It operates on a sublime level of pacing, intensity, and suspense that will leave you eager to discover more. Expertly crafted, beautifully written, and full of dramatic tension, Bloodline is the book we’ve been waiting for.

Very Minor Spoilers follow below … you may wish to read Bloodline before proceeding.

In essence, Bloodline explores the inner workings of the New Republic’s government, the Galactic Senate. We immediately learn that two factions have slowly formed amidst the Senate: the Populists and the Centrists. Leia is a Populist, which means she believes the individuality of each planet should be sacrosanct, while the Centrists believe a stronger galactic government and more powerfully military are needed. The differences in each factions’ political ideologies serves as the MacGuffin for much of the book.

Leia is, naturally, tremendously important and respected in the New Republic. Her war record and personal history is the stuff of legend. She is accomplished, admired, and admittedly bored. She is strongly considering leaving politics behind for good, and traveling the galaxy with her husband. Duty calls, however, and Leia is faced with the first of many tough choices. She wants to avoid the creation of a new title in the senate, First Senator (due to the galaxy’s experience with Palpatine). and must wade through a number of political jockeying and personal reflection.

As a result, Leia has a number of internal conflicts throughout, each one compelling in its own right. She also leads the charge to discover the emergence of a potential threat that could mean war for the galaxy. The investigation ensues, and Leia shines throughout. She enlists the help of Ransolm Casterfo, a brash pilot named Joph Seastriker, and Princess Leia’s personal pilot, Greer Sonnel. (Incidentally, Sonnel’s character brings about a new term to the canon, Bloodburn. It’s fascinating. Trust me.)

At this point in the timeline, her marriage to Han Solo is intact, and we learn how they spend their lives focussing on their individual passions, as well as embracing the love they have for one another. Han’s not in the novel much, but his presence in Leia’s life is never in doubt. The moments we are privy to share with them are lovely; precisely the chemistry we hoped for, but did not get to witness much of in The Force Awakens.

While there are a number of intriguing conflicts in the book, perhaps none are as important as her relationship with the Centrist senator, Ransolm Casterfo. Gray yet again does something unique in the canon; she creates an ancillary character that I actually want more of. His burgeoning alliance with Leia is one of the more compelling relationships in all of Star Wars. Without revealing anything substantial, he is as important to Leia’s growth as anyone in the history of the saga. It’s equal parts contemplative, infuriating, and heartbreaking.

Ransolm Casterfo brings charm and gravitas, and helps manifest something so significant, it could easily have come from Shakespeare; this moment truly adds something of immense significance to the canon. I did not think that would be possible for any member of the Big Three from the Original Trilogy, but Cladia Gray is more than up to the task. Suffice to say, the cover of Bloodline is more than a gorgeous image; it’s a symbolic harbinger of an excruciatingly powerful moment in Princess Leia’s life that will be talked about for years.

In addition, the novel is refreshing, in that it encapsulates what we have been missing from The Force Awakens: context. For its many wondrous qualities, The Force Awakens did not explain the necessity for a Resistance, as well as why the New Republic did not appear to have any military presence for defensive purposes. Bloodline is the balm for these minor conundrums, and fully explains all of these questions, as well as how Leia went from a princess to a general. It’s an absolutely thrilling ride.

This is one of the real strengths of the book. Bloodline actually makes politics seem captivating, tense, and meaningful to those of us who did not major in history or politics. The criticisms of the Prequel trilogy almost always decried the political lens through which much of The Phantom Menace, Attack of the Clones, and Revenge of the Sith were presented, and, to be honest, had me a bit concerned as to how Bloodline would assimilate this into its text. However, Claudia Gray skillfully maneuvers through this potentially inadvertent backlash, and creates suspense and pulse pounding tension. We witness the birth of the Resistance, and experience the evolution of the First Order. It is equal parts terrifying and brilliant.

It cannot be stated enough that Leia Organa has never felt more flesh and blood than in Bloodline; Gray has written her to perfection. Due to this, readers are privy to a character that experiences growth, vulnerability, and a wily approach to politics. Leia is a fully realized, multidimensional character; you’ve never seen her like this before, and it is spectacular to behold.

Bloodline is a rarity in our culture, in that it truly exceeds expectations. Claudia Gray is to the new canon what Timothy Zahn is to the Legends line. She breathes life into beloved characters, as well as creates inspired new ones. Gray captures the voice and tone of Star Wars beautifully, and has created a Star Wars masterpiece. This is the companion to The Force Awakens that is must read literature.