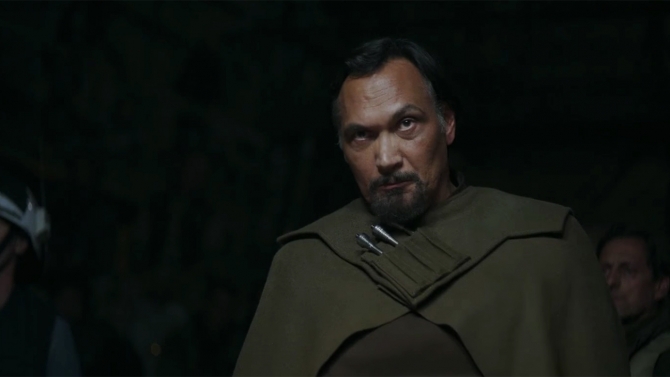 By now, there has been so much coverage in ways of analysis on Rogue One: A Star Wars Story. Honestly, what’s left to talk about? The media, from news-sites to fan-sites, and every corner of the internet has turned this first Star Wars standalone film inside-out, and dissected it from every angle possible. But here, at Coffee with Kenobi, we do our best (by tradition) to take a closer look at even the tiniest of details, through what’s been noted as a critical lens. We do this in hopes to shine some light on possible new perspectives and ideas. Hopefully, I’ll be somewhat successful with what I’m bringing to the table today.

As a connecting fan, I tend to look at the characters and their situations as chessmen on a chess board or as puzzle pieces, belonging to an intricate jigsaw puzzle. When they finally do fit together, a sense of clarity tends to wash over me and I’m like, “check mate!” It’s a beautiful thing, really, and it only intensifies my love for the galaxy far, far away that much more.

Now, all that considered, I’d like to take a closer look at what I consider to be prominent key moments for Bail Organa in Rogue One: A Star Wars Story. For me, these scenes are crucial when it comes to his character. Not to mention, these scenes from Rogue One are our last moments with Bail Organa. On that note, it’s quite surreal, isn’t it?

Bail Organa – a Moment of Reflection

By the time of Rogue One, Bail’s position in the Rebellion is in full force, pun intended. In my honest opinion, I doubt he can keep it a secret from the Empire any longer, and it’s presumable to think that they are nipping at his heels with every move or decision he makes at this point. So, when we see him emerge from the shadows on Yavin IV and come face-to-face with Jyn Erso for the first time, it’s quite symbolic of his character.

This first meeting, he is attentive to the conversation, but he remains quiet. It’s as if he is there to offer her, Jyn, comfort while she is interrogated on the ins-and-outs of her father’s dealings with the Empire, and even doubly pressed on the whereabouts of Saw Gerrera. What I found to be so profound in this scene is that Jyn is being pushed to her limits on heart-pressing matters surrounding the two most prominent father figures in her life and then, out of the darkness, steps the man who has been readying the galaxy’s hope from birth. The man who has been waiting almost two decades for the right moment to set the wheels in motion, and here, now, he sees the cog within Jyn Erso.

It’s a simultaneous reflection shared between a father, and a daughter from two different families, and yet, the moment speaks volumes. Well, it does to me. See, Jyn is being emotionally tormented by the Alliance in regards to her biological father, Galen Erso and her surrogate dad, the military extremist Saw Gerrera. So, it’s only fitting that Bail Organa, the adoptive father of Princess Leia, presents himself during this trying time.

As a viewer, I found his presence to be soothing during this scene and I saw it as an intriguing parallel or angle, too. After all, Bail knows they are judging Jyn based on her father’s actions, and those actions should have no real relevance on who she is.

Furthermore, he knows, had that been Leia standing there as they uncover her true-identity i.e. the daughter of Darth Vader, she wouldn’t have any chance for survival, let alone a pardon among the Rebel Alliance.

Regardless, intended reflection or not, in the end, Leia will be the bait for Tarkin. He’ll have her indirectly decide Bail’s fate and in doing so, her entire homeworld of Alderaan becomes the first planetary testing ground for the Death Star. How tragically poetic.

Ashes to ashes, stardust to stardust …

Becca is the Editor-in-Chief for the former The Cantina Cast website, Co-host on Tarkin’s Top Shelf, a literary Star Wars podcast, and a Host on Kanata’s Castle Podcast. She also prepares titles and captions for Lucasfilm artist Steve Anderson, and contributes a monthly blog for Coffee with Kenobi, and has recently made her writing debut on Makingstarwars.net. You can connect with Becca on Twitter @urangelb