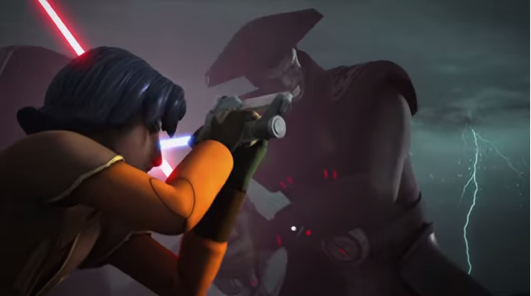 Star Wars Rebels season two is now available on Blu-ray and DVD, so you can finally relive the adventures of the Ghost crew before season three is upon us! To help keep up your excitement for this release, check out this clip of Kanan and Ezra taking on the Seventh Sister and the Fifth Brother from season two:

All 22 episodes of season two of Star Wars Rebels are included on the Blu-ray and DVD, with never-before-seen bonus features found on the DVD and even more exclusives on the Blu-ray.

You can purchase your copy of Star Wars Rebels season two here.