This is my Christmas post. Trust me for a bit on that.

Allow yourself to rise up. Meditate on what it means, or the process by which, you can become greater than you have ever thought you could be. Leave behind ideas of materialism, or even what pop culture offers as spiritualism. Identify not with the crude matter, but give great psychological effort to becoming one with the Force, that the Force may become one with you. If we can find clarity enough to look inside of our own souls we will find that there is a secret hope there, implanted by the Creator. While the Jedi hoped for the Chosen One, we have a hope for the messianic.

The Hope of the Jedi was the Chosen One of the Prophecy. Mace Windu did not speak broadly, but specifically. Of all of the prophecies that the masters of the Force had uttered, this was THE ONE. And it called for one knight who would rise up and bring balance, securing peace and tranquility for all. True, George Lucas maintains that Anakin was the Chosen One, but that bothers me. It affronts my desire and need for the redeeming messiah figure (which, I have said, is innate to humankind). The messiah of the prophecy must fulfill the prophecy and cannot fail.

Perhaps Anakin did fulfill the prophecy of balance, though in a very unexpected way. The prophecy spoke of bringing balance. We, in our real world expectations assumed it would be worked out through the triumph of the Light Side. But what happened at the end of the Jedi Purge? Left standing were the two Dark Lords of the Sith. And two Jedi. Balance. But then a new Prophecy was uttered. 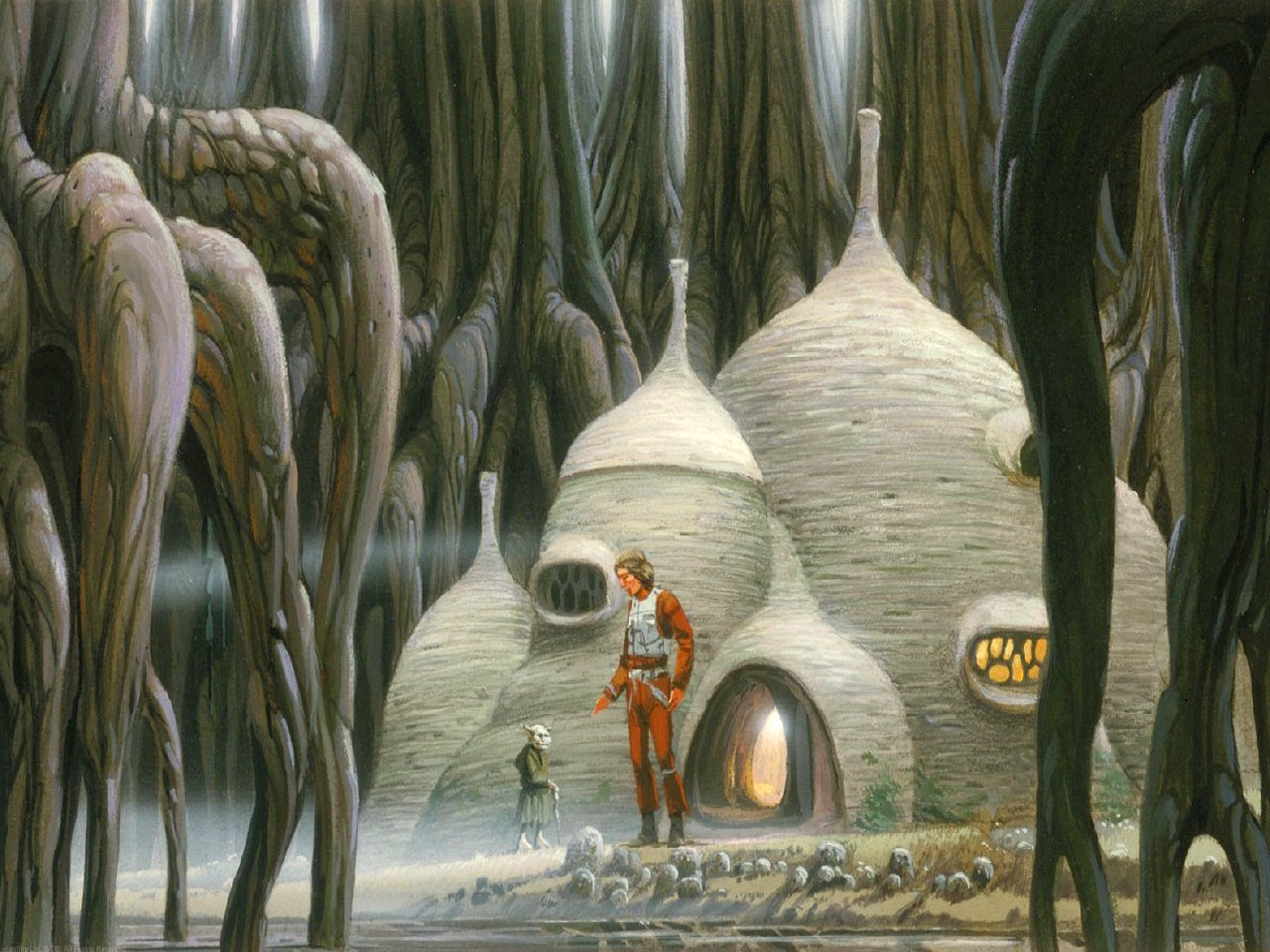 Master Yoda sent the Skywalker twins into hiding. Not Jedi yet, they would be revealed to the Galaxy in the fulness of time to bring a new hope to those who were suffering and laboring under the fetid darkness. This was the New Prophecy, and we are blessed to watch it being fulfilled in our time.

When Yoda was training the young Luke at his swampy reliquary, the boy got distracted by visions of Cloud City. Luke was living with his head in the clouds but was forgetful of being mindful of where he was. He, to that point, had failed to look inside of himself to find that deeper and more powerful truths were found within.

And we also, my fellow young souls in search of the messianic, can look within our own selves and find truths greater than will ever be offered by the material world. There was a philosopher named Jacques Derrida who noted that messianism is inherent to most religious faiths, and therefore points to an inherent longing for that which is wholly other to come and transfigure our lives. Now, for Derrida, it was antithetical for that other to ever actually arrive, since the innate hope of the human person would be fulfilled – and therefore dashed. His first point is correct while the latter half is lacking.

If we look in our hearts, there is this sense of something good to come. No matter how rich or poor, the idea of more value added to our lives is a constant hope. But this is where we must leave Derrida and look to the Blue Ghosties. The Jedi who have become one with the Living Force are our guides here.

“If you strike me down, I shall become more powerful than you can possibly imagine.”

Obi-wan believed in the messianic redeemer, and knew that this brought something greater than fulfilled material life. When Jesus was headed to his trial and crucifixion, one of his disciples still asked if the armies of angels would destroy the Romans. A short-sighted question, focused on the mortal life. Christ the Messiah was paving a path to the invasion of immortality into the mortal, eternal into the finite. This Messiah brings us to something greater than Derrida, or Marx (the champion of materialism) could ever imagine. Becoming like a god. St Athanasius of the 5th century said that “God became man so that man could become God.”

The Messiah was born on this temporal plane as any other human was. He was raised in a normal town of the time, learned a trade and did all things that humans do. And he fulfilled them. He baptized them into the divine. And when it was time for him to return to where he came from (Heaven), it was his power that took mankind with him. Since humankind was now redeemed and healed by the Messiah, it could be raised up to something even greater. No longer bound to the mortal cycle resolving in death, but fulfilling our intended purpose of becoming joined in liberty and fraternity with the God who desires his beloved children to be full members of his household.

I asked you to look inside yourself, to meditate on what your heart truly wants. For what it was created to desire. Your heart was created to be a cave with a manger. A place for the messiah to be born, to fulfill more than the hopes than you imagine. To make us adopted sons and daughters no longer subject to death, but heirs of eternal life.

Please leave comments on this and all my posts – I really look forward to it. You can find me on Twitter at @adelphotheos and email at jamesw@CoffeeWithKenobi.com, occasionally at TheForceandFaith.blogspot.com as long as I am not listening to the latest edition of the several podcasts in the Coffee With Kenobi family!