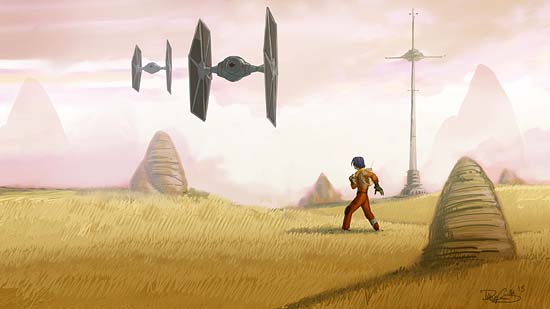 Lucasfilm has introduced another Cast Member of Rebels via TV Guide. His name is Ezra, and will be mentored by Kanan. From T.V. Guide:

When we meet Ezra, he has little interest in becoming a revolutionary. The suave teen has been living on his own on the planet Lothal and is just starting to learn how to use his mysterious new powers. “To survive, instinctively every now and then when he’s in a jam he uses the Force,” exec producer Dave Filoni says in the exclusive preview video below. “He doesn’t call it that. He doesn’t know that’s what he’s doing. He thinks he’s got some abilities that are a little strange every now and then, but they help him out. It’s instinctive, it’s reactionary.”

Check out the full article at T.V. Guide.com, and check back here for updates on all things Rebels!